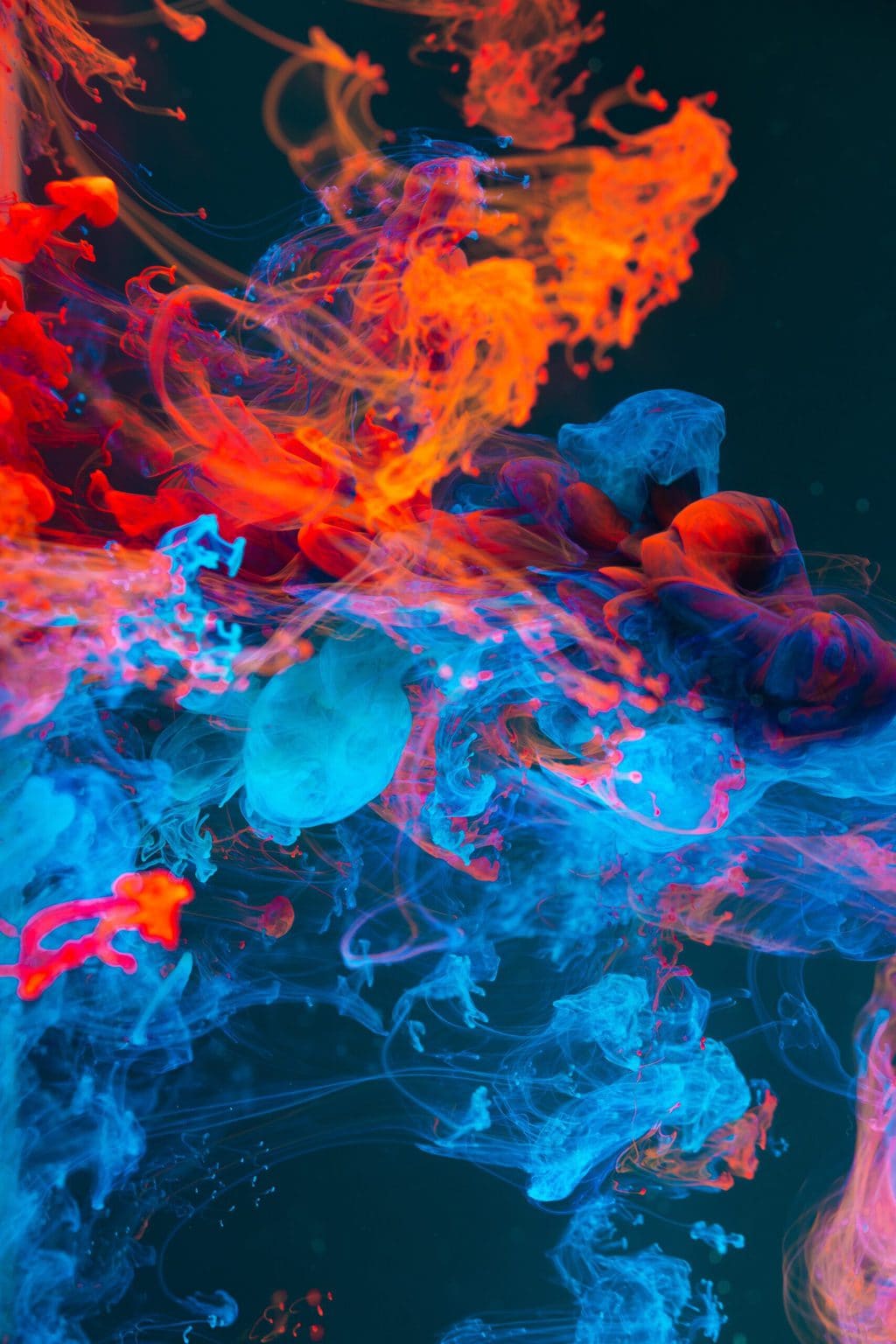 13 Oct Colors in branding and marketing – Their meaning and effect

Colors in branding – their nature and effect

From a psychological point of view, colors in branding can evoke emotions and moods, but the extent of their effects is individual for each person. If we say red to fifty people, we will get fifty different colors of red, because each person thinks for themselves what that color is.

Colors are associated with different cultures and beliefs, where, for example, in Hinduism, the color orange is considered the most sacred color; therefore, the Ndembu religion does not recognize the color orange at all. In the Celtic region, the color green was so sacred that it was used in wedding ceremonies until Christianity brought white, for which there were 17 different nouns in the Eskimo community, each with its meaning. However, a study by Wiegarsma and Van der Elst found that the most preferred color in cultures considered to be blue.

In one university study, participants were presented with 11 different emotions in groups and asked to select the most appropriate color from a table of eight colors that were most associated with those emotions. As a result of this study, black and brown correlated sadness and yellow with happiness. In another study, children with a mean age of 3.7 years chose yellow chalk to paint a picture after they heard a happy story and brown chalk when they listened to a sad story. The outcome of the two studies was similar, even though the age groups were different, indicating that there is still the same perception of colors that elicit either positive or negative emotion.

Despite various trends, there is still a lack of scientific research into ways in which colors can make consumers understand the personality, liking, or familiarity of a brand. Given that you can alter colors digitally, it makes colors a handy tool to help shape it all. The importance of colors has been studied since 1983 by Bellizi, Crowley & Hasty. Crowley also researched this topic in 1993 and Babin, Hardesty & Suter in 2003. 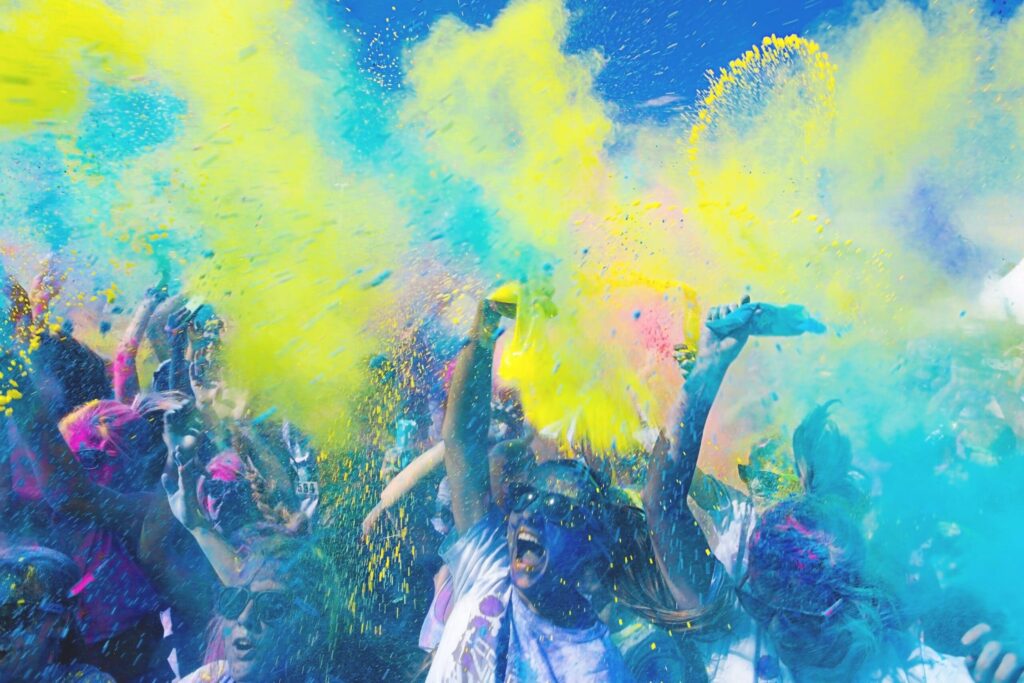 The importance of colors in branding, brand creation, and management

Colors, as well as a carefully chosen brand name, have an inherent meaning that is at the core of the brand identity, enhancing brand recognition. Marketing people often rely on a trial-and-error method or co-workers’ recommendations when choosing colors for their company, where their decisions based on experience rather than scientific sources. Gorn, Chattopadhyay, Sengupta & Tripathi (1997) interviewed 12 creative directors, 11 of whom admitted that they were unfamiliar with color theory and blindly trusted their preferences and belief when it came to color choices. Colors are considered a vital indicator in various marketing materials and have shown to influence consumer perceptions of advertising.

Labrecque and Milne conducted an in-depth study consisting of four sections aimed at elucidating the importance of colors in brand creation and management, focusing on the relationships between colors and brand perceived actions. The study initially drawn hypothesized and collected empirical data from which theories of expressive art, color psychology, and associative learning.

Part 1 of the study represents the first step in exploring the relationship between color and brand personality (picture below), using the meanings given to colors. In the first part of this study made five hypotheses due to color perception:

Hypothesis 2: Brands that use red, orange, yellow are exciting.
Red is an exciting color because it creates stimulation, uplifting feeling, and excitement. Still, it has also observed that red reflects active and sharp lines and is considered a modern color. Orange is a vibrant, energetic, extroverted, and social color. Medium-wavelength yellow, like red, creates excitement and excitement, but less than red.

Hypothesis 4: Brands that use black, purple, pink appear to be high-end.
Black means sophistication and glamor, as well as power and dignity. In the fashion industry, black is considered the color of status, elegance, and wealth. Like black, purple also reflects luxury, authenticity, quality, value, and grandeur. Pink, as a high-class dimension of color, reflects softness, femininity, which is also reflected by purple.

Hypothesis 5: Brands that use brown, green appear to be resilient.
Brown, as a shade of the resilience dimension, reflects seriousness, naturalness, closeness to the earth, reliability, support, and protection. Green is mainly associated with naturalness, creating a sense of security and coherence with the outside air.

Part 2 of the study examines the relationship between color saturation and brand personality.

Similar to tones, the amount of pigment in color and the degree of lightness-darkness can influence consumer decision-making, as various studies show that their importance is essential, if not more important, in predicting emotions and perception. 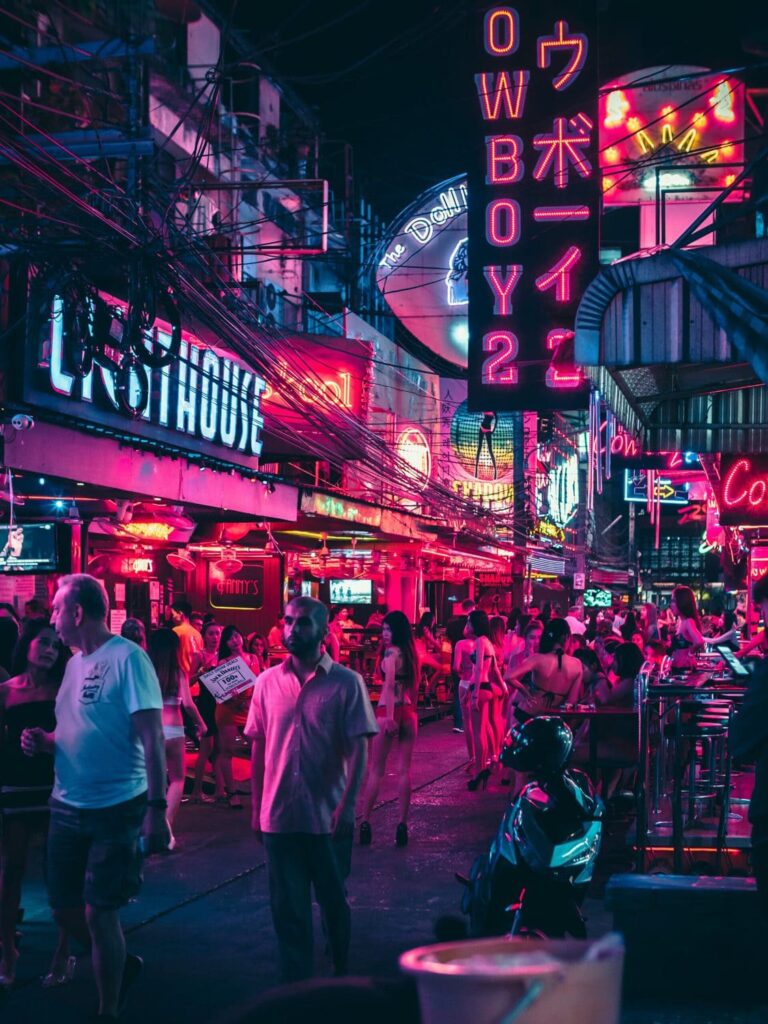 Hypothesis 1: A light, the low-pigmented purple package is perceived as a higher-class package more than a similar package, but a dark, bright (high-pigmented) red package.

Hypothesis 2: A dark, high-pigmented red package is perceived as a durable package more than a similar package, but a light, low-pigmented purple package.

Purple has a positive relationship with the high-class dimension, but a negative association with the durability dimension, like the value of the lightness-darkness level, but the color pigment has the opposite relationship.

The aim of Part 4 of the study was to investigate the special effects on the combination of color and other aesthetic stimuli. On this basis, the question was:

Question 1: What is the distinctive value of logo design colors, and how do they affect liking, familiarity, and brand personality?

They wanted to study the effect of the logo color and shape on the perception, familiarity, and pleasure of the brand personality. By representing 100 brands, they compared their perception, liking, and familiarity under the following conditions: 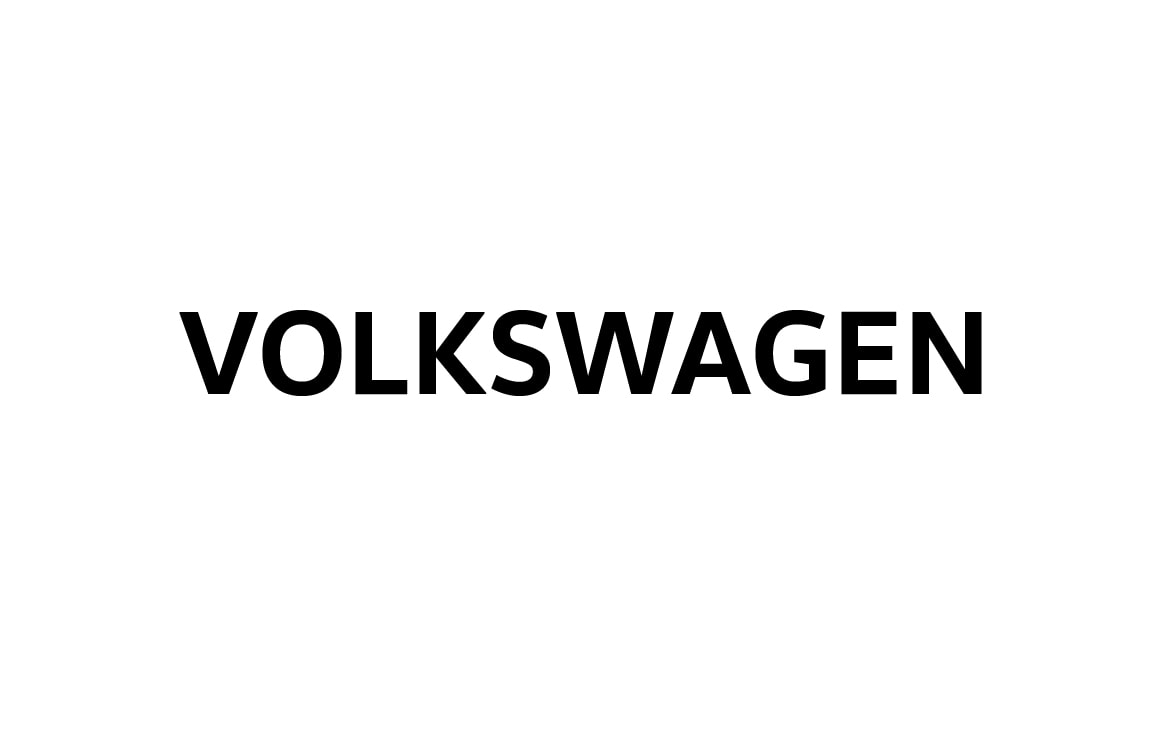 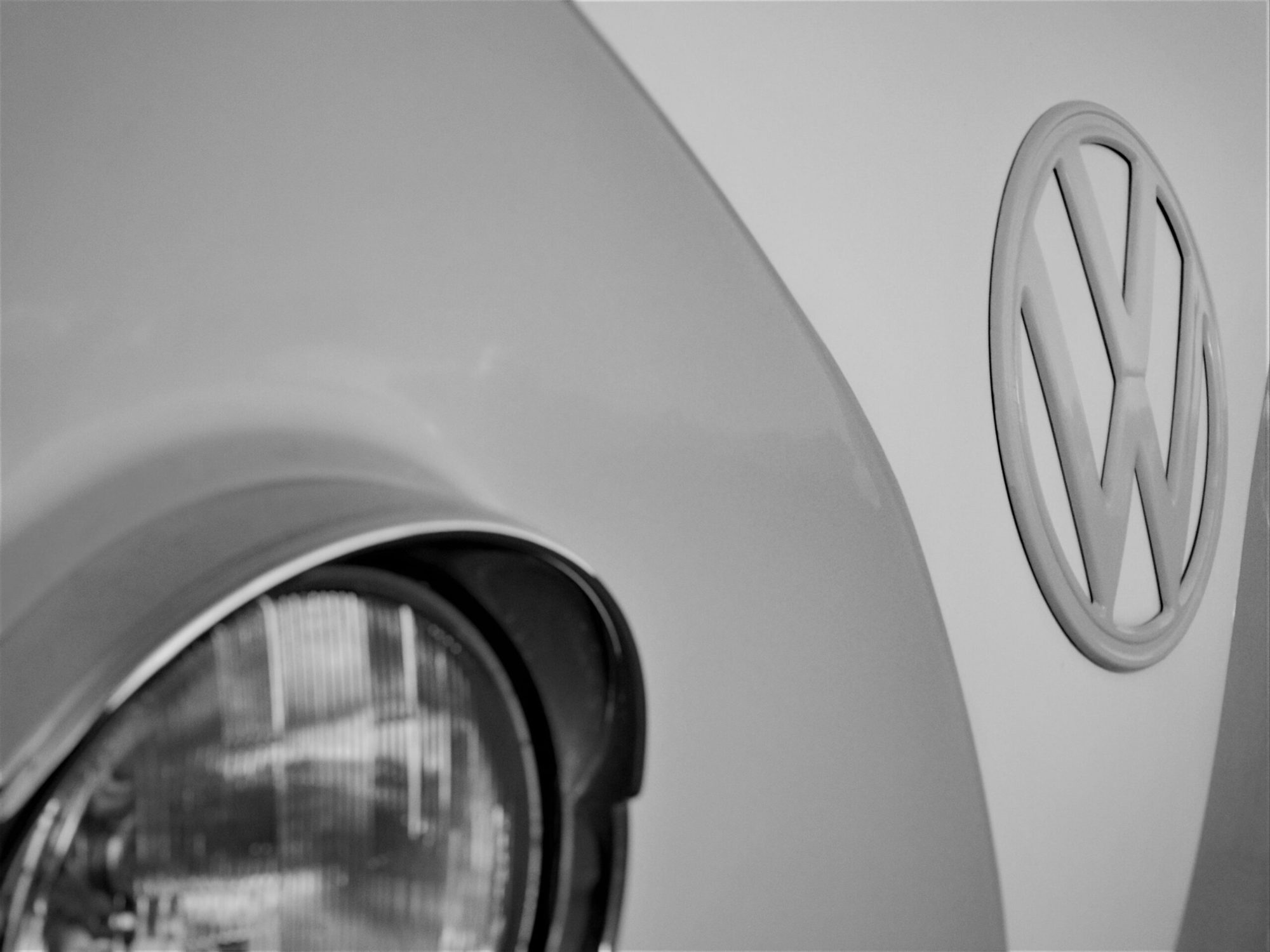 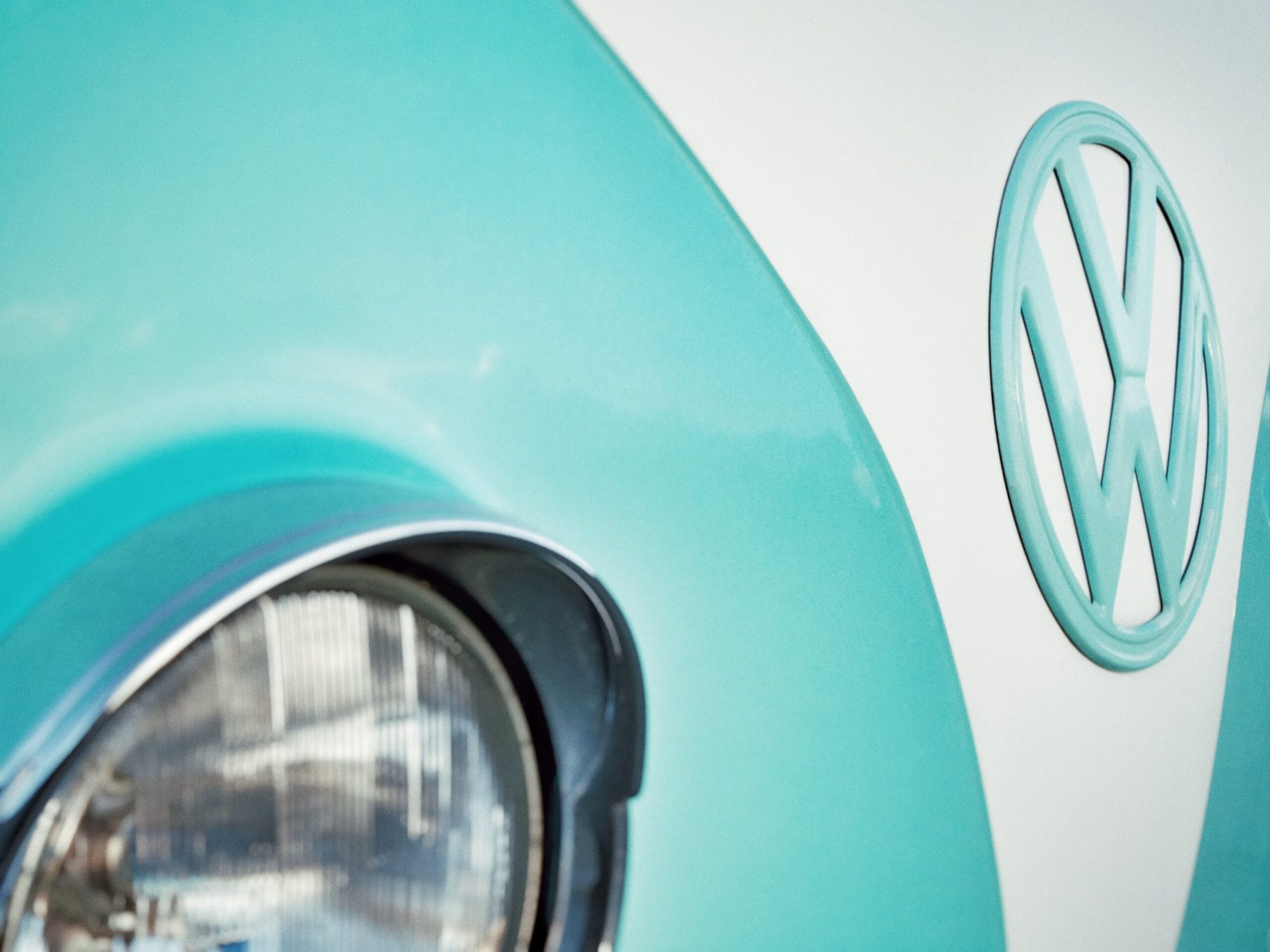 The results of these four parts of the study strongly supported the association between colors and brand personality, based on the meanings given to colors.

The psychological effect of colors in branding and marketing

In the world of colors, you can distinguish two different effects. Psychophysiological effects can be controlled, for example, by measuring blood pressure, speed of movement, or a number of blinks, and psychological effects, which use to assess how colors affect a person’s well-being.

The psychophysiological nature is manifested primarily as a light on human hormones and photosensitivity. By balancing the irritation of color-sensitive cells, it is possible to stay in a monochromatic room for a long time without causing boredom and exhaustion. For example, as color therapy, where the use of red light treats stomach ulcers and chickenpox, and deep blue jaundice and sore throat.

The psychology of colors, or color psychology, provides an opportunity to influence people more confidently because subconsciously, all people have the same understanding and perception of colors. Color psychology provides the focus, the structure, and the willpower needed to make a person a consumer because everything done in one’s marketing activities creates a corresponding opinion of the brand.

The effect of the color red on metabolism, increasing people’s appetite, is the main reason why fast-food chains use this color in their marketing. Yellow also works in favor of fast-food chains, as it attracts consumers’ attention, increases appetite, and encourages eating. Such consumer behavior raises sales numbers and contributes to brand awareness.

Formal and polite restaurants, on the other hand, use blue in their marketing to reassure their consumers, which means they want to spend more time there, which in turn means bigger meals, more wine, desserts – all to increase sales even more.

Through colors, the brand can achieve a compelling visual identity, strengthen relationships with consumers, and position itself in the market with other competitors. Wanting to stand out from its main competitor, Coca-Cola, Pepsi decided to replace its blue-red jar with a blue one, excluding the red one used by Coca-Cola. Victoria Secrets used colors as the core of their rebranding strategy to create a specific brand character for consumers and use it to reach their target market and differentiate themselves from other brands.

Most flash decisions for products are made purely by color. Every decision in a company’s marketing materials must also be considered from a psychological point of view – whether the colors used to reflect what the company wants to move towards and whether these colors evoke the right emotions. All this creates the basis for color psychology, which develops the character of a company’s brand. 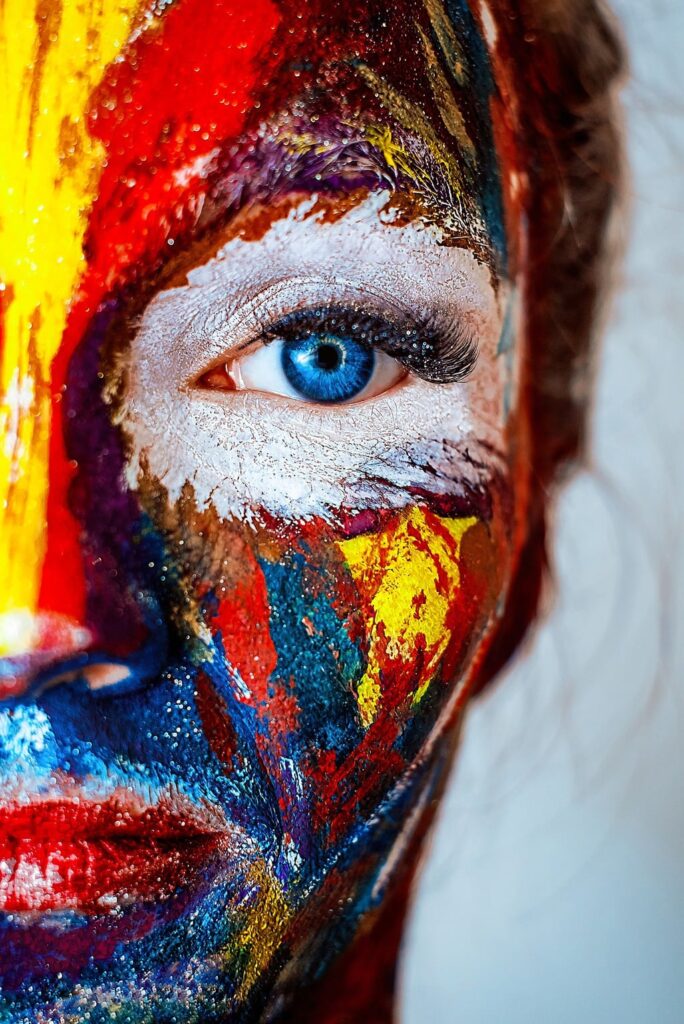 Yellow is a color that radiates warmth, positivity, and joy. This color is eye-catching, the reason why taxis are yellow in America, but it can also have a deterrent effect, such as a yellow light at a traffic light. Most men consider this color childish, so it is rare to see luxury car manufacturers or men’s clothing stores using this color in advertisements. Yellow can also appear as a spontaneous and unstable color.

The color blue reflects reliability, loyalty, and serenity. This color is popular with financial companies such as Bank of America, IBM, and also on social media networks such as Facebook, LinkedIn, and Twitter, because blue emphasizes trust and stability. Blue is also associated with purity, air and sky, and water and sea. Catering companies avoid this color in their logos and food packaging, as this color has an inhibitory effect on food. Various studies have shown that blue is the most preferred color among men.

Purple is associated with royalism, luxury, and extravagance. This color is rare in nature, and many associate it with creativity and mysteries (SyFy channel, for example).

Red is described as the color of blood and fire, which is why it is associated with energy, war, danger, and power, but also with passion, greatest desires, and love. It is an emotionally intense color with very high visibility. Therefore, such as “buy now” buttons and discount labels, use this color to grab viewers’ attention. There are also links to the fact that red raises blood pressure and stimulates appetite, which is why many food companies use red in their logos and advertisements.

Orange is less intense than red, but it is still an energetic and warm color. Like yellow, orange associated with joy, sunshine, and playfulness.

The biggest mistake is not to study the principles of colors and their psychology, which does not achieve the desired results with your marketing activities, no matter how much money or people it took to deal with it.

Consumers make almost 90% of the decisions based on color, so in addition to the choice and content of the target group, it is necessary to think about which colors to use in the company’s marketing materials. Ascertain whether the colors used by the company are consistent with the character of the desired brand, which they reflect. Color psychology provides an excellent opportunity to influence your consumers with the help of colors. Colors can evoke emotions, the magnitude of the effect of which varies from person to person, but it has developed with specific directions and basic features.

“To be worth something and to know how to show it is to be worth twice as much” – Gracian.

I have a weekly poster series that also uses color psychology. Different colors with a powerful quote can make a big difference.
QUOTE MONDAY -WEEKLY SERIES

What color is your favorite? You tell me your color and I tell you who you are. 🙂